skip to main | skip to sidebar
This page is specifically for news related to Things We Are Not, the upcoming anthology of queer science fiction. For other information about M-Brane SF, such as subscription info and regular blog updates, please visit the main page.

Here are some introductions to the remaining six writers of Things We Are Not and their stories (see two previous posts for the rest of them). 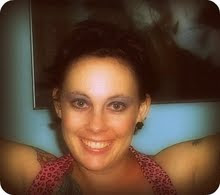 C.B. Calsing, in the afterword to her story “Seeker,” describes how she got a lot of insight into survival in a disaster scenario or a post-apocalyptic situation during her experience with Hurricane Katrina in New Orleans. In “Seeker,” she combines that insight with a thing all reasonable people fear: the eventual domination of the United States by religious fanatics and racist supremacists. That’s a scenario that has usually seemed only remotely possible, but since the lunatic fringe seems to be flourishing nowadays in their opposition to a black President, “Seeker” seems to be perhaps the timeliest entry in this anthology.

In “The Meerprashi Solution,” Deborah Walker introduces us to an interesting alien race whose mating practices are quite different from those of humans. For one thing, they bond in groups of three. Humans have changed, too: switching gender is commonplace. In this entertaining story about gender, sex and the meeting of cultures, the protagonist has a remarkable encounter with the Meerprashi, which leads to both a personal breakthrough and an incredible opportunity for the people of Earth. Deborah has appeared in M-Brane SF in issues #5 (“Daughter of Science, Daughter of Magic”) and #8 (“Forever Sisters”) and has had a number of other recent publications elsewhere.

A man pursues a boyhood dream of sending an object into orbit around the sun. A poet decides that she’d like to get away from it all. Their paths cross in astonishing fashion in Alex Wilson’s “Outgoing.” This novelette, which originally appeared in Asimov’s a couple years ago, is a deeply touching story, and (in a book with a lot of outstanding endings) has one of the most extraordinary and satisfying conclusions. Alex runs the audiobook project Telltale Weekly and the minicomic/zine Inconsequential Art.

Derek J. Goodman’s “As Wide as the Sky, and Twice as Explosive” is the amazing story of Johnny Rey’s relationship with something called “580T-85.” I’m not even going to tell you what 580T-85 might be, and whatever you might guess it is, you’re almost certainly wrong. I don’t want to spoil a bit of this story before its release, but I will say that Derek certainly answered the call when I said that I hoped to see some stories that expand the definition of queerness and come up with the new permutations of it that a genre like sf makes possible. Derek has appeared in M-Brane twice (in issues #4 and #6), and has had many other recent and forthcoming publications elsewhere. His novel The Apocalypse Shift was recently released by Library of Horror Press, and his short story “Dea Ex Machina” is being adapted for an opera. Yeah, an opera.

Trent Roman’s “Confessions of a Call Herm,” as one might glean from the title, focuses on a protagonist who is biologically an intersex person and who has found some advantage in this, working as a call girl (well, call herm) for a class of plutocrats who occupy the heights of colossal towers in a highly stratified (literally) society. This very amusing story combines a lively confessional style with a murder mystery and a bit of bedroom farce as well. Trent writes from Montreal, and describes himself as “fascinated by what makes people tick at both the intimately personal level and the sweeping societal level, and enjoys every opportunity to pursue such questions through the means of fiction.” 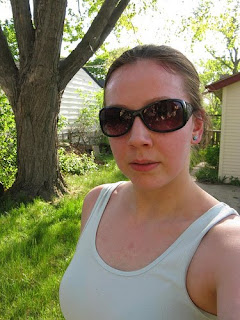 [Images, from top to bottom, are of Calsing, Wilson, Goodman and Gale. I am missing pics of Walker and Roman (and Shapter from two posts ago), but I’ll be glad to add them if I get them later.]

Posted by Christopher Fletcher at 5:12 PM

Order THINGS WE ARE NOT (PDF or MOBI edition plus M-Brane subscription) $5.99

Order THINGS WE ARE NOT (print) directly from the printer

Or, ORDER FROM AMAZON