skip to main | skip to sidebar
This page is specifically for news related to Things We Are Not, the upcoming anthology of queer science fiction. For other information about M-Brane SF, such as subscription info and regular blog updates, please visit the main page. 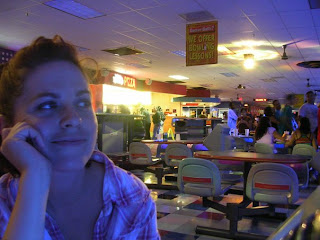 Eden Robins is co-editor of Brain Harvest: An Almanac of Bad Ass Speculative Fiction, a webzine that is probably the single best venue for flash fiction. She will lead off M-Brane #9 in a few days with her remarkable short story “Wildlife,” and will appear in Things We Are Not with her story “Switch.” It is the strange tale of Sweetness, a woman who finds herself trapped in a preposterous situation that is both hilarious and heartbreaking. Readers will not soon forget its darkly triumphant ending.

As with Eden above, I am pleased to offer in the space of a few weeks, two items from Mari Kurisato. Her story “Lurker” will appear in M-Brane #9, to be followed shortly after by its sequel “Connected” in Things We Are Not. In these stories, Mari takes the reader to an alternate world slick with the cybersphere and layered with mystery and discovery. It’s a place that will seem both strange but also strangely familiar to readers who live a lot of their lives on the web. Mari is also, of course, the artist who created the book’s beautiful cover art.  The timing happens to be fortuitous because I will be including subscriptions to M-Brane with pre-orders of Things We Are Not when the pre-order period starts in a few days, so readers will be able to get both of Mari’s stories at once. Win.

Around the little M-Brane world, Brandon Bell hardly needs any introduction. Regular readers will recall his gorgeous and stunning stories in our first and fifth issues. His new offering, the book’s titular story, “Things We Are Not…,” is a window on a world that has been blighted by a bizarre plague, where humans still manage to find some comfort in each other…where a magpie talks.  No kidding. Brandon has managed to seamlessly weld together a science fictional premise, an urban-fantastical atmosphere, and some old-time religion (of the Elder Gods kind). In addition to his M-Brane appearances, Brandon has also been published in Byzarium, Everyday Weirdness, Hadley Rille’s Return to Luna antho, and Nossa Morte (forthcoming). He has also been a chief architect of the Aether Age shared world project, which is one of the Brane’s next big upcoming projects.

Jay Kozzi presents a story that is probably the grimmest in the whole collection, but ultimately one of the most redemptive as well. “Pos-psi-bilities” covers the coming-of-age years of a young gay guy who fights to survive the degrading and abusive conditions of his home-life as tragedies follow one upon another. But he has a special gift and a special ally. I guess I will also mention that it is not all grit and struggle in this story: it contains a segment of the most vivid and fun erotica in the anthology. It’s a remarkable story, and I believe that Kozzi has considered finishing a novel-length version of it (a good idea, I say). 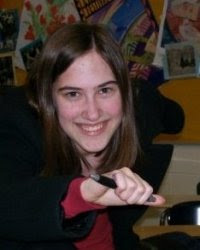 Therese Arkenberg’s “Reila’s Machine” is set in a world where a privileged class inhabits airborne cities, while the less well-to-do get by as they can on the surface. Eresbet is a woman on the run from the sky people, wanted for theft, when she comes upon the home and workshop of Reila. Soon we learn that Reila is building something illegal, and together these women will risk everything to assert their freedom. It may be one of the most “exciting,” in an action/danger sense, of all the stories in the book. Therese is a young writer in Wisconsin from whom I suspect we will hear a lot more from in the future. She also appeared in M-Brane #4 with her story “Mother.”

In a few days, I will post again with info on the six remaining writers and their stories. Also, stand by for information about the book going up for sale.

[Images are, from top to bottom, of Robins, Kurisato, Bell, Kozzi, and Arkenberg...mostly swiped from Facebook, y'all.]

Posted by Christopher Fletcher at 9:25 PM

Order THINGS WE ARE NOT (PDF or MOBI edition plus M-Brane subscription) $5.99

Order THINGS WE ARE NOT (print) directly from the printer

Or, ORDER FROM AMAZON